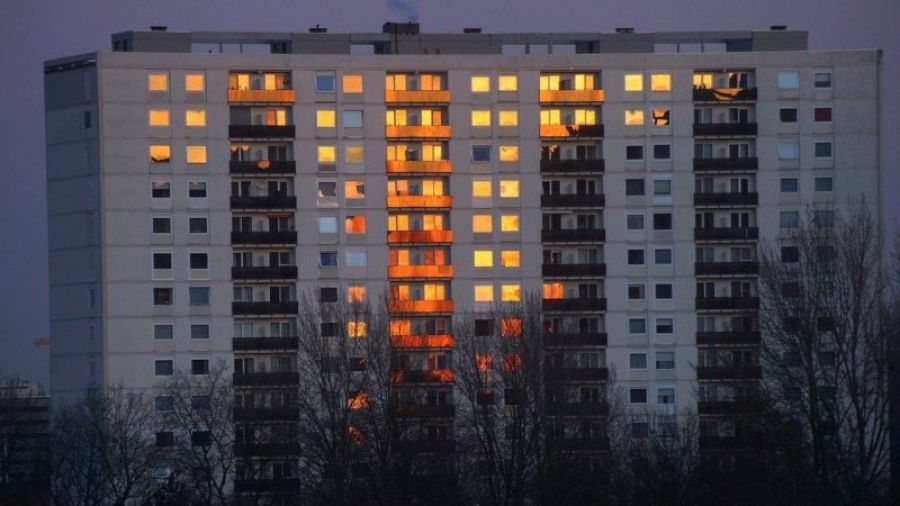 EU warned against watering down climate ambition in buildings law


There are growing concerns that the European Commission is considering to water down a key piece of legislation that would drive emissions reductions in buildings ahead of its publication this week.

The revision of the Energy Performance of Buildings Directive (EPBD) is due to be proposed on 14 or 15 December as part of a decarbonisation package aiming to bring Europe’s gas sector in line with its climate goals.

But while many praised a draft version of the text which circulated last month, EURACTIV has learnt that a new draft has lowered the ambition, including on minimum energy performance standards and renovation plans EU countries would need to create.

“This is so watered down. It’s really unambitious, and it’s going to make our life in the Parliament really hard. It essentially means we’ll have an uphill battle,” a European Parliament source told EURACTIV.

Existing buildings have proven the most difficult to decarbonise, with only 1% of them undergoing renovation on average every year.

To boost renovation rates, the EU executive planned to introduce minimum energy performance standards that would require buildings sold or rented to reach the energy efficiency class E for a transaction to take place after January 2027 and class C by January 2033.

However, according to several sources, these were criticised by The Regulatory Scrutiny Board – a group of Commission officials and external players who check the legality of EU legislation.

They were concerned that the minimum energy performance standards breached the subsidiarity principle – a rule laid down in the EU treaty requiring decisions to be made as locally as possible.

The European Commission did not convincingly show the need for measures to be adopted at the EU level, according to the board. Alongside this, they said that barriers to renovation are specific to each EU country, so should be tackled on a national level.

These worries were echoed by Viessmann, the German manufacturer of home heating appliances. “Too narrow definitions risk infringing on the subsidiarity principle granting member states the right to for example choose their own energy mix,” said Alix Chambris, vice president for global public affairs and sustainability at Viessmann.

“A decarbonised building stock in Sweden, Germany or Spain for example will differ greatly in the heating technologies and energy carriers used,” Chambris told EURACTIV in emailed comments. “Legislation, including the EPBD, has to give a clear direction on the speed and scale of targets but must allow for different roads on how best to get there,” she said. 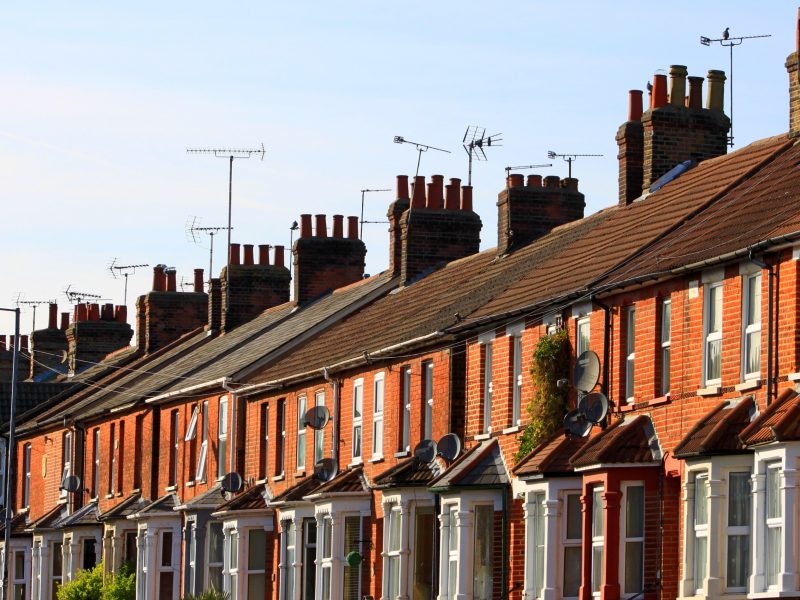 A draft EU directive, due for publication on 14 December, introduces minimum energy performance standards for existing buildings undergoing major renovation works as part of a renewed push to achieve a zero-emission building stock by 2050.

Despite this, the European Commission is still trying to propose minimum energy performance standards – particularly for worst performing buildings – as an obligation and with a clear timetable for enforcement.

“The EPBD revision can stimulate buildings renovation rate and depth,” says E3G, a climate think-tank. “Mandatory Minimum Energy Performance Standards (MEPS) can be a policy flagship and send a clear signal to investors, suppliers and installers,” it adds, saying: ” It is key that renovation is deep enough so that vulnerable households don’t get trapped in slightly better but still poorly performing buildings.”

However, they may now have to make the wording vaguer in order to get the legislation through.

According to sources following the process, the European Commission is now looking at an approach that would mean most public and residential buildings which have an energy efficiency class below F would need to undergo deep renovations by 2030 at the latest.

Both the year and the energy class are still subject to change and it is yet to be seen what the criteria for exemptions will be.

If the requirement to renovate anything below class F remains, however, it means significantly different levels of renovation across Europe.

“According to government data available for Belgium, Germany and Italy, it would mean renovating around a third of their buildings,” he told EURACTIV. “This is the sort of scale which is needed to tackle greenhouse gas emissions and high energy costs. But for France, for example, it would only mean renovating 7%, and for the Netherlands, 4%.”

Alongside this, there is the issue that energy performance certificates, which show how energy efficient a building is, vary dramatically across Europe, warned Riley.

Currently, it is up to European countries to define the energy performance requirements for each class, but the new legislation may bring in more harmonisation, including a template for this, and shorten the lifetime of energy performance certificates to five years.

“When we speak about a G or an A class building it has to mean the same thing across the EU, otherwise it is very hard to plan and carry out large scale renovation programmes,” he told EURACTIV.

These will help EU countries plan how to bring their buildings in line with net zero emissions by mid-century. They would include milestones for renovation and a clearer picture of the country’s building stock.

The plans were initially welcomed for adding teeth to the EU’s failed long-term renovation strategies. But there is a concern that the reporting obligations, including identifying weaknesses and solutions to barriers to renovation, have been removed in a newer draft.

“All the good reporting obligations that they put in, so what member states are doing to phase out fossil fuel in heating and cooling – most of that is gone,” a Parliament source told EURACTIV.

“The benefit of the building renovation action plan was that there was just going to be a lot of data that the member states would have to put in and this would give us a clearer picture – that is all taken out. There is now a roadmap every five years on how you’re decarbonising. We were shocked and worried when we saw it,” the source said. 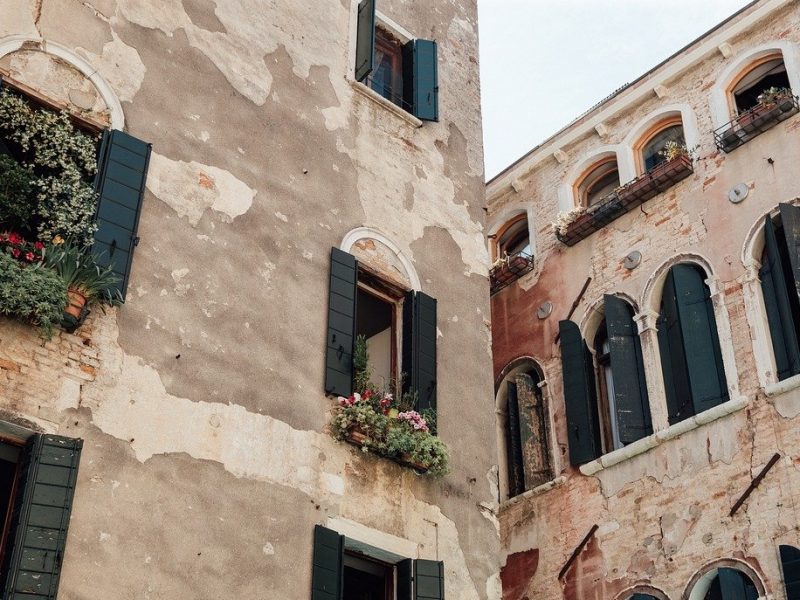 The long-term renovations strategies that EU countries submitted last year to the European Commission are not in line with the bloc’s objective of reaching climate-neutrality by 2050, according to fresh analysis due to be published this week.

Amidst warnings of the legislation being watered down, Green MEP Ciaran Cuffe wrote to the European Commission to emphasise the need to ensure Europe’s building stock is in line with its climate ambition.

The revision of the EPBD looks in danger of falling short, Cuffe warned lawmakers on 1 December, saying: “Unfortunately, I fear that the text that is currently being drafted by the Commission is weak in its scope and in its ambition.”

In his letter to the European Commission, Cuffe emphasised the need for minimum energy performance standards that cover public, residential and non-residential buildings and trigger action “before 2030 and for all buildings, especially those in energy classes E, F and G”.

These worst performing buildings are often home to vulnerable households and renovation could pay off for many reasons, including costs, energy consumption and health impacts.

“Delaying action to 2030, and only covering part of our homes or limiting to the F and G classes is just not enough: If we are to reach our climate and energy targets, the EPBD holds the key to reduce our energy consumption and climate impact in a timely manner,” he argues.

At Viessmann, Alix Chambris agrees and insists that intermediate targets be put in place in order to encourage energy efficiency renovation of the building stock well ahead of 2030.

“Intermediate targets are key to create the necessary momentum and provide monitoring tools to ensure member states can stay on track towards decarbonising buildings,” Chambris said.

“This could be even strengthened with a clear intermediate EU-wide target for 2030 for example in line with the Renovation Wave goal of reducing emissions from buildings in the EU by 60% in 2030 (vs 2015).”