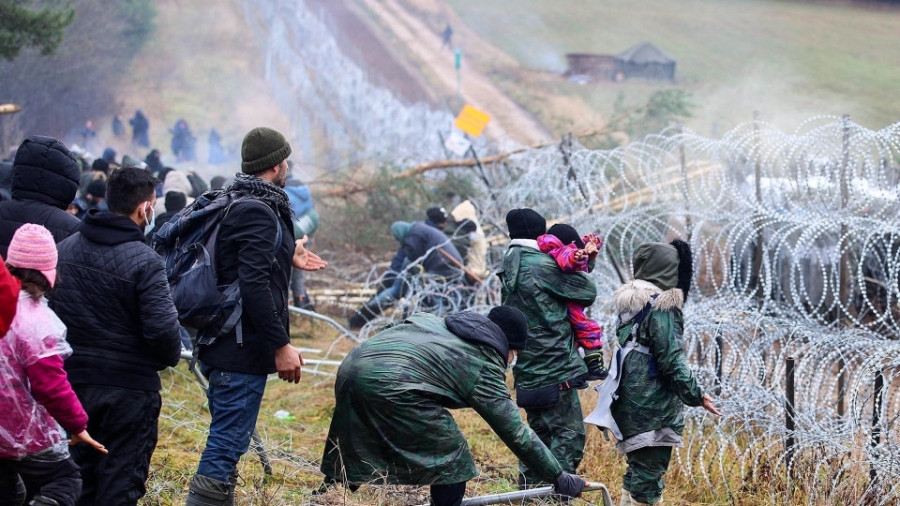 Russia has in place about 70% of the combat power it believes it would need for a full-scale invasion of Ukraine and is sending more battalion tactical groups to the border with its neighbour, two US officials said on Saturday.

In the last two weeks, the number of battalion tactical groups in the border region has risen to 83 from 60 as of Friday and 14 more are in transit, the officials told Reuters on condition of anonymity due to the sensitivity of the information.

As to the timing of an invasion, the ground is expected to reach peak freeze around February 15th, the officials said, allowing for off-road mechanised transit by Russian military units, such conditions continuing until the end of March. On February 20th the Beijing Winter Olympics draw to a close — Putin is believed to have agreed not to launch any military activities until after the games’ closing ceremony so as not to distract from the events.

If Russia were to launch a full-scale invasion, the capital of Kyiv would likely fall within a couple of days. Such an invasion would cause major casualties, one of the officials said.

In addition to causing tens of thousands of casualties — both military and civilian — this would almost certainly prompt the flight of significant numbers of internally displaced persons in Europe, many of whom will head west. This may well be Putin’s aim.

Recent waves of refugees landing in the EU have been extremely divisive, as well as expensive for the generally unwilling hosts.

In Poland alone, 32,000 migrants had been intercepted trying to cross the country’s border with Belarus. The situation became so untenable that engineers from the British Army were called upon to build fences in an attempt to stem the tide. In Latvia, Lithuania and Estonia it was a similar story.

As well as swamping aid and welfare infrastructures, and creating tensions with indigenous populations — not to mention casualties amongst migrants and military personnel alike — the 27 EU member states were, not for the first time, stricken with inertia and seemingly unable to reach consensus, leading to the affected states having to take control of their own borders as Brussels looked on from the sidelines.

Such migration also brings significant security risks: a mere three days after the first Afghan refugees arrived in London following the fall of Kabul, the first arrest on terrorism charges was made.

The numbers of refugees fleeing a Russian invasion would dwarf anything that Lukashenko could orchestrate. This may well be Putin’s aim.