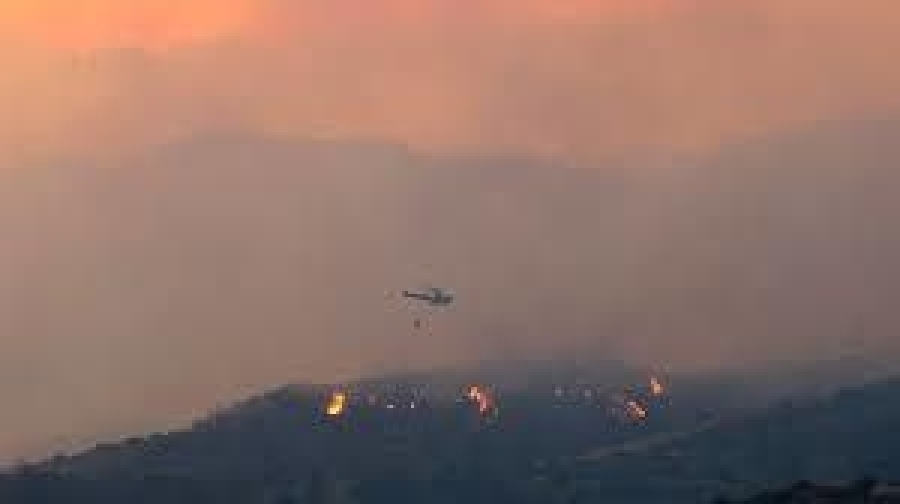 The blaze, fanned by strong winds, is spreading through the southern Limassol district and has forced the evacuation of several villages.

On Sunday, four people were confirmed to have died in the fire.

The victims are believed to be Egyptian farm workers reported missing after their car was destroyed by the blaze.

"Forensic examiners are going to the scene for identification," interior minister Nicos Nouris told reporters. "All the indications support the fact that these are the four missing persons we have been searching for since yesterday."

Cyprus has been experiencing a week-long heatwave, with temperatures reaching up to 40C (104F). Experts say that climate change is expected to increase the frequency of extreme weather events, such as heatwaves.