As the debate on renewable energies and nuclear rages across France, nuclear proponents, environmentalists, scientists and politicians will have to set aside their differences in order to advance the energy transition. EURACTIV France reports.

While France’s energy transition law of 2015 provides that by 2030 40% of French electricity production must come from renewable sources, much progress remains to be made.

“Today, we are at 25%. We still need to accelerate,” says Alexandre Roesch, general delegate of the Renewable Energy Trade Association (SER).

According to Roesch, while onshore wind power is “on the right track”, solar power needs to be developed “almost fourfold”. Regarding wind power, “we have visibility until 2024. We need to see things in the longer term”.

However, more effort needs to be made for France to achieve carbon neutrality, according to a study published in June 2021 by the country’s electricity transmission operator RTE. “All six scenarios presented in this study foresee a strong increase in renewable energies,” RTE told EURACTIV.fr.

According to Roesch, France will have to rapidly develop its offshore wind and solar power capacities as these are the areas where volumes will be the highest. “For offshore wind, the French potential is around 50GW. For onshore wind power, 17GW are already installed, and 36GW should be reached in the high trajectory of the multiannual energy programme (PPE). Solar energy is at 10GW, and it should be around 40,” he added.

The European Union is expected to soon raise its renewable energy target for 2030, and France, which has already largely missed its 2020 goal, could have difficulties in meeting the new objective. EURACTIV France reports.

The European Commission also wants to see the development of renewables boosted in France with the authorisation of a €30.5 billion French aid scheme in July.

The budget will be used to finance solar, hydro and onshore wind projects via calls for tender between now and 2026 for a total of 34GW. This financial support comes in the wake of the new European climate objectives set out in the European Commission’s “Fit for 55” package unveiled on 14 July, which included plans to increase the share of renewables to 40% of the EU’s energy mix by 2030, up from 20% currently.

The French plan authorised by Brussels does not, however, concern offshore wind power, although seven offshore wind farms are currently under construction in France, which are due to be commissioned between 2022 and 2027.

“Offshore wind does not work on the same system,” Roesch explained. “It is the State that obtains the authorisations to build and which organises a competitive dialogue. It is during this dialogue that the specifications are defined. The candidates then submit a bid,” he added.

The battle of Saint-Brieuc

While the French government seems determined to cooperate with Europe to achieve its objectives, the topic remains divisive on home turf.

Wind power, for instance, is source of tension with some saying it creates noise pollution and destroys marine and land biodiversity. Yet, according to the renewables syndicate, “there are impact studies with a strong landscape component. There are legal obligations to recycle the parks at the end of their life. It is a very regulated sector.”

Still, fishermen and inhabitants of the Saint-Brieuc bay are unhappy about the 62 wind turbines the area is supposed to accommodate, saying the sector is not sufficiently regulated.

For Valérie Pécresse, president of the Île-de-France region, “the wind farm project must be started from scratch”. “The procedure has not been done and does not need to be done” and it “involves negligence,” she added. 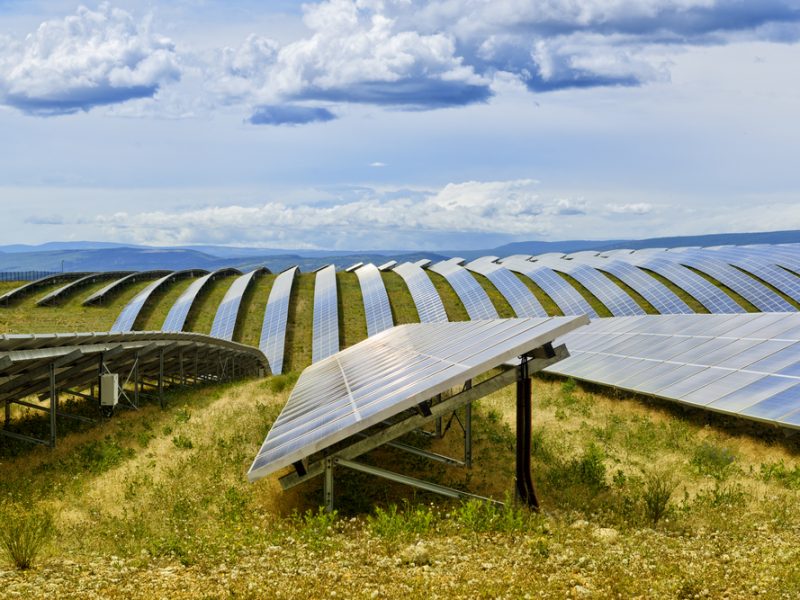 This month, Réseau Transport Electricité (RTE) published the study “Energy Futures 2050”, which describes six scenarios presenting different strategies if France wants to achieve carbon neutrality by 2050, with an increase in renewable energy production being a focal point of …

What about nuclear power?

With renewable energy posing so many issues, France could simply continue to heavily rely on nuclear power.

However, according to Roesch, “the nuclear fleet as it is today will not remain in its current state indefinitely. The challenge is to maintain our security of supply and our ability to fight climate change.”

“Even in the event of a revival of nuclear power, the current reactors will eventually have to be shut down for age-related reasons and because it does not seem possible to replace them at the extremely high rate at which they have been commissioned,” adds RTE.

There is no doubt that the subject is eminently political in the run-up to the 2022 presidential elections.

“The debate must not be caricatured around a debate between nuclear and wind power. That would be very simplistic,” Roesch cautions. “Whatever the choice made by the next president on the revival of nuclear power, in all the RTE scenarios, almost 50% of renewable electricity is needed. If we don’t keep to this, we will have to use fossil fuels again,” he said. 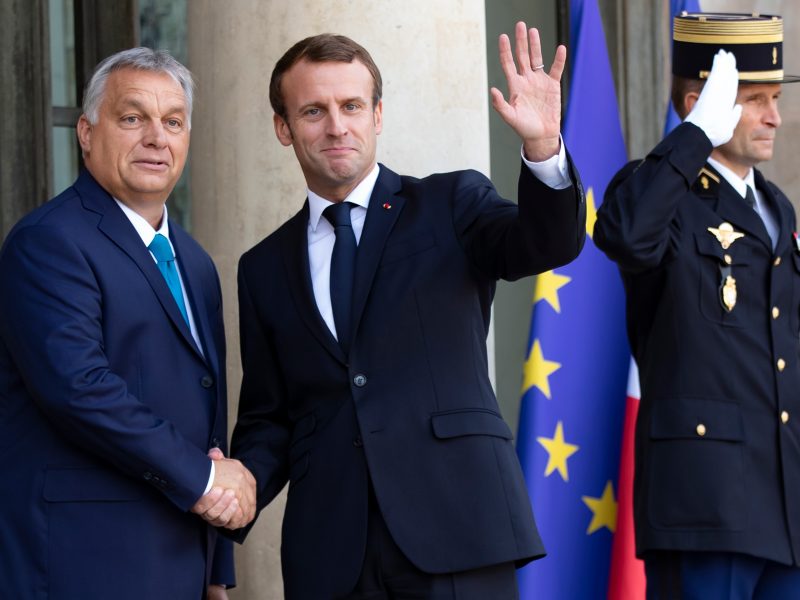 A group of seven European leaders fronted by French President Emmanuel Macron has called on the European Commission to stop hindering nuclear power and consider ways of bringing atomic energy into the EU’s green finance rule book ahead of an EU summit on Thursday (25 March).