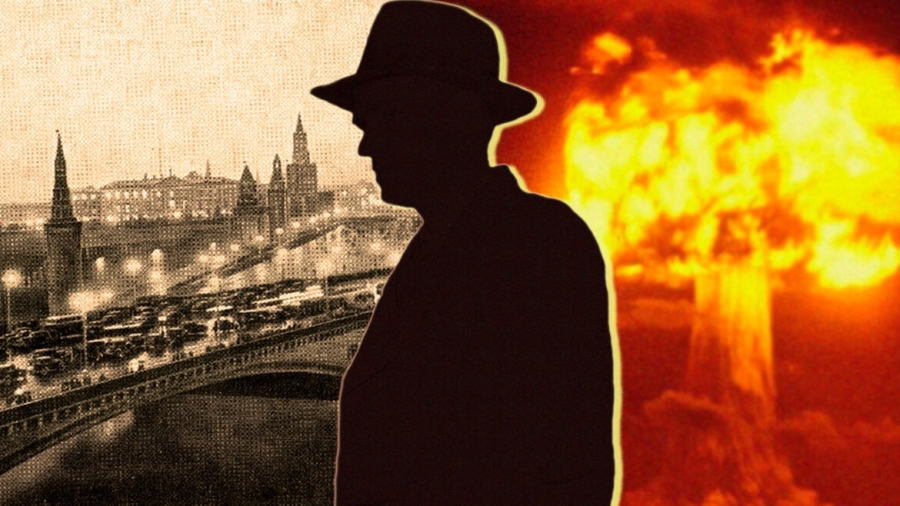 
Europe has set a clear goal for full decarbonisation by 2050, with renewables-based electricity set to become the dominant energy carrier, and that means fossil gas will have “only a marginal role” in the long run, EU climate chief Frans Timmermans said on Thursday (25 March).

By 2050, Europe’s energy system will be changed fundamentally, with ten times more solar and onshore wind power than today, said Timmermans, the European Commission’s executive vice-president in charge of the Green Deal

And “at the end of that road, there will be no more space for coal, very little room for oil, and only a marginal role for fossil gas,” he said in a keynote speech at the annual conference of Eurogas, an industry trade association.

“So instead of waiting for the inevitable and face ever higher costs of transition, it’s better to adapt, prepare and adopt new sustainable business models,” he said, warning: “the longer you wait, the more expensive it becomes.”

Environmental groups have criticised the European Commission for its ambivalent stance on gas. At a press briefing last year, the Dutchman described fossil gas as “a caveat” in the energy transition, saying “natural gas will probably be necessary to shift from coal to sustainable energy.”

The Commission’s views haven’t fundamentally changed since then, but Timmermans still deemed it necessary to bring some additional clarification.

Electrification is the end-game

“I want to be crystal clear: fossil fuels have no viable future,” he told participants at the Eurogas event. “And that also goes for fossil gas, in the longer run.”

“The future,” he continued, “is in carbon-free electricity and a decarbonised gas sector, which embraces hydrogen as an energy carrier and green hydrogen as the final destination.”

The immediate priority, Timmermans said, is to speed up the phase-out from coal. Last week, the EU reached a milestone when new statistics showed that half of the continent’s coal power plants had either closed down or announced retirement dates before 2030.

According to the Dutchman, this shows that Europe can leapfrog from coal to clean energy right away.

“I think we made it clear now and again that electrification is our end-game in many areas,” he said, describing electrification as “the fastest route to decarbonisation” for most industries and “the most efficient solution in many end-use sectors”.

But he also admitted that electrification and renewables deployment was not always possible everywhere at the scale and speed necessary to meet the EU’s decarbonisation targets.

This is where fossil gas can step in. “Where, and as long as, clean energy cannot be deployed on the scale needed, fossil gas may still play a role in the transition from coal to zero-emission electricity,” Timmermans said.

Natural gas is the cleanest of fossil fuels, emitting on average 50% less carbon dioxide when burnt in power plants. Poland, which relies on coal for close to 80% of its electricity, is planning to invest in gas turbines as a stepping stone towards reaching its climate goals, alongside an aggressive plan to develop offshore wind in the Baltic.

However, those gas assets will have a limited economic lifespan, as cheaper renewable energy technologies are deployed at scale.

“It’s also important that timetables for phase-out do not turn into a liability and an obligation for governments to keep dirty power plants online with taxpayers money,” Timmermans warned. “You need to do the math: How much does it cost to keep a pit open that produces coal that nobody wants to buy?” 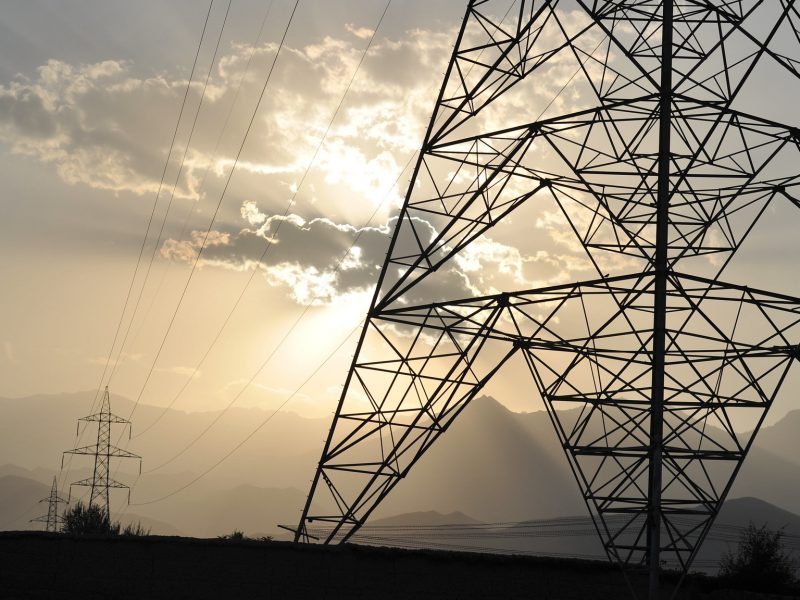 The European Green Deal to be unveiled in early 2020 will pursue a strategy of increasing the share of electricity in the EU’s energy mix, the new head of the European Commission’s energy department told a conference in Brussels Wednesday (6 November).

Hydrogen cannot be “a fig leaf” for industry

There are also some national circumstances where gas can still play a role. In Poland, for instance, the government is planning a mix of offshore wind, nuclear, and gas power plants to replace fossil fuels.

“For some member states, where there are no other affordable options, gas will have to play a transitional role, for a limited period of time,” Timmermans said, citing Poland as “one of the countries where this will be necessary”.

And for sectors of the economy which cannot electrify entirely – steel, heavy transport, aviation, and maritime – “clean hydrogen could be a game-changer,” Timmermans added, saying that Europe aims to “stay ahead of the curve and create a strong hydrogen market”.

The good news is that hydrogen deployment is going ahead at full speed, the Dutchman said. “A year ago, our hydrogen targets were seen as unachievable, now it looks like we might overshoot them in the next decade, the market might go faster than our biggest dreams on this.”

But he also had a warning for the gas sector. “I count on your industry not to see hydrogen, eFuels and biomethane as a fig leaf or a side activity: they will become the new mainstream, our policy will reflect that. And I trust that your investment decisions will reflect that as well”.

On infrastructure, Timmermans was also equally transparent about the Commission’s intentions.

“We’re very clear on this point: Europe doesn’t need any new infrastructure for carrying fossil gas. Instead, we should be thinking about retrofitting existing pipelines to transport hydrogen”. 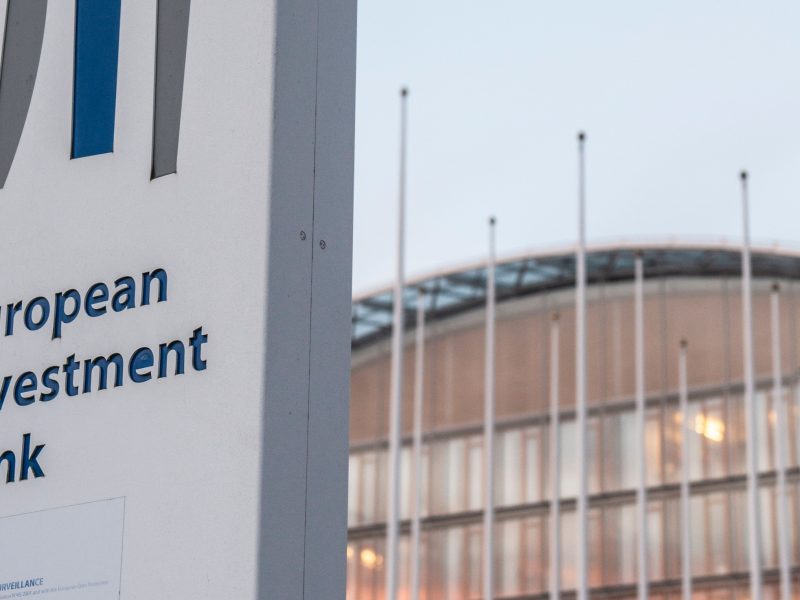 Not quite over yet: EIB spent €890 million on fossil gas since phase out, activists say

The European Investment Bank (EIB) has invested €890 million in gas projects since it pledged to phase out investments into fossil fuels by 2022, contradicting the bank’s “gas is over” narrative, activists say.

Gas industry says can decarbonise before 2050

Perhaps surprisingly, industry participants at the Eurogas conference said they were broadly supportive of the Commission’s energy objectives.

“Gas only has a minor transitional role to play – I mean, it’s clear. And it’s also good to have clarity, so thank you for that,” Krist said in reaction to Timmermans’s speech.

But she also underlined “the exciting points” in Timmermans’s speech, saying “it’s important to keep in mind that these are exciting times and not only difficult times” for the industry as it transitions to low-carbon gases like biomethane and hydrogen.

On Thursday, Eurogas presented an updated vision for 2050, saying the gas industry could achieve carbon neutrality “before 2050” provided that the right policy framework is put in place.

Eurogas President, Philippe Sauquet, said: “Eurogas has increased its climate ambition and can state that we can achieve carbon neutrality in the gas sector before 2050. In fact, according to our recent DNV study, published in 2020, we can achieve it not much later than 2045.”

“But of course, we can achieve this ambition only if the right measures and the right goals are set for the gas sector,” Sauquet added in a statement. This includes two things:

However, the industry’s updated climate target does not take into account potential methane leaks along the gas supply chain, which are a growing concern for policymakers.

In December, the Commission will table new proposals to reform the European gas market, including new legislation “to address the problem of leaks throughout the fossil gas fuel value chain,” Timmermans said.

“We need new market rules. This will be the main focus of the review of the gas market legislation which we will adopt by the end of this year to support the uptake of renewable and low-carbon gases and the development of a new hydrogen market,” he announced.

The European Commission has opted for a “holistic” approach to address the global warming impact of methane, putting the emphasis on international cooperation first before regulating emissions in sectors like energy and agriculture.