Following lengthy and at times contentious negotiations, the European Parliament and Council agreed Friday (11 March) on the Connecting Europe Facility, making available over €30 billion in funding for transport, digital, and energy projects.

Prior to Thursday’s late-night agreement, negotiations had stalled over the allocation of funds for ‘Rail Baltica’, a major infrastructure project that would see high-speed rail link Latvia, Lithuania, and Estonia with the rest of the EU.

At the behest of Baltic leaders, EU countries had agreed to allocate €1.4 billion to the project from the EU’s Multiannual Financial Framework, to be drawn from the Connecting Europe Facility.

However, the European Parliament, which must agree to the CEF budget in addition to the Council, balked at what they saw as funding being essentially earmarked in breach of standard procedure.

While CEF transport funding is divided into two envelopes – one for cohesion countries and one for all member states – the Rail Baltica funding was to be drawn from the latter, a proposal rejected by the Parliament during trialogue negotiations.

MEPs argued that funding from the general envelope must be open to all EU countries and awarded through standard competitive practice.

EURACTIV understands that a compromise was reached whereby priority will be given to rail projects in cohesion countries, but without an explicit earmarking. 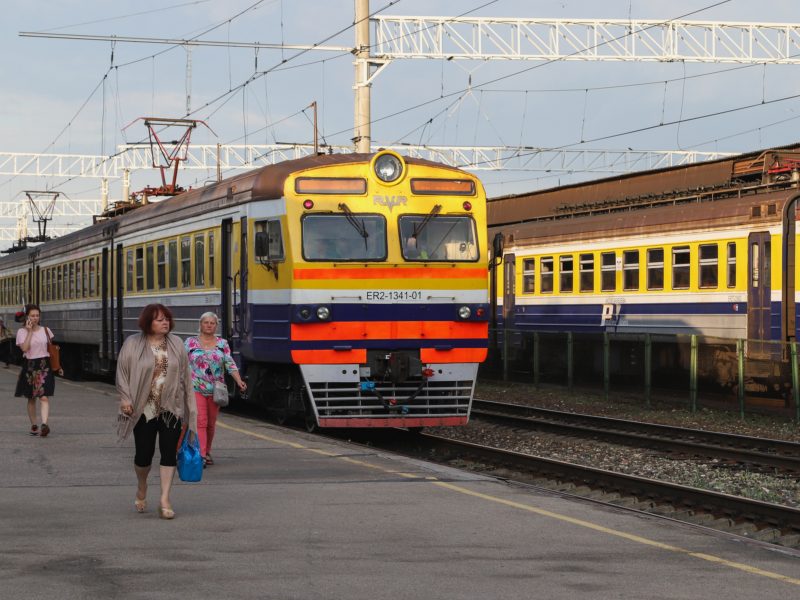 Estonia, Latvia, and Lithuania are raising the stakes to secure EU funding for the Rail Baltica high-speed rail link connecting the three countries and continuing all the way to Warsaw, and may even be ready to block the EU’s €750 …

Now in its second iteration, the CEF programme funds cross-border transport projects, the integration of the European energy market, and the digital transformation of the economy, bolstering the roll out of high-capacity networks. It will run from 2021 to 2027.

€25.81 billion of the facility will go to transport projects, of which €11.29 billion is reserved for cohesion countries. Energy projects will see €5.84 billion in funding, while digital projects can avail of €2.06 billion.

Around €1.7 billion within the transport envelope was ringfenced for military mobility needs, such as expanding infrastructure to move troops in times of crisis.

All projects funded by the CEF must be in line with EU and national climate and energy plans. It was agreed that at least 60% of the funds will go towards actions that support the EU’s climate objectives.

Current president of the European Council Pedro Nuno Santos, the Portuguese minister for infrastructure and housing, said the breakthrough will allow the CEF to be launched before the summer break.

“We must have a smarter, more sustainable and crisis-proof transport system, and CEF will be key to making that happen,” she added.

Marian-Jean Marinescu, a Romanian lawmaker with the centre-right EPP group who is co-negotiator on the CEF for the European Parliament, said the funding will “modernise and expand infrastructure projects in Europe”.

“If we want to achieve the ambition of shifting more traffic to rail, then the rail sector needs to improve its level of performance, and this is, among others, the aim of CEF money. New tunnels, railways and bridges funded by the CEF will not only make travelling easier and more sustainable; more investment in infrastructure will create more jobs and support the recovery of the economy at times when Europe needs it the most,” he said in a statement.

Irish MEP Ciarán Cuffe, shadow rapporteur on the file in the European Parliament for the Greens/EFA group, took a more critical stance, caveating his enthusiasm for the agreement.

“I’m pleased that when it comes to ensuring we don’t negatively impact the planet, we succeeded in strengthening climate safeguards within this legislation. However, there are still problematic elements in this regulation, including funding for military mobility,” he said in a statement.

Cuffe argued that allowing CEF to fund infrastructure such as roads and airports will harm chances to meet the EU’s carbon neutrality target.

“The 60% climate-spending target in CEF is certainly welcome. But the fact that funding can still go towards gas infrastructure or high carbon transport infrastructure harms the EU’s fight against climate change and environmental protection and is yet another example of legislation that undermines the European Green Deal,” Cuffe said.

The provisional agreement must now be formally approved by both the European Parliament and the Council. Once adopted by both institutions, the CEF regulation will enter into force the day after its publication in the EU Official Journal. It will apply retroactively from 1 January 2021.