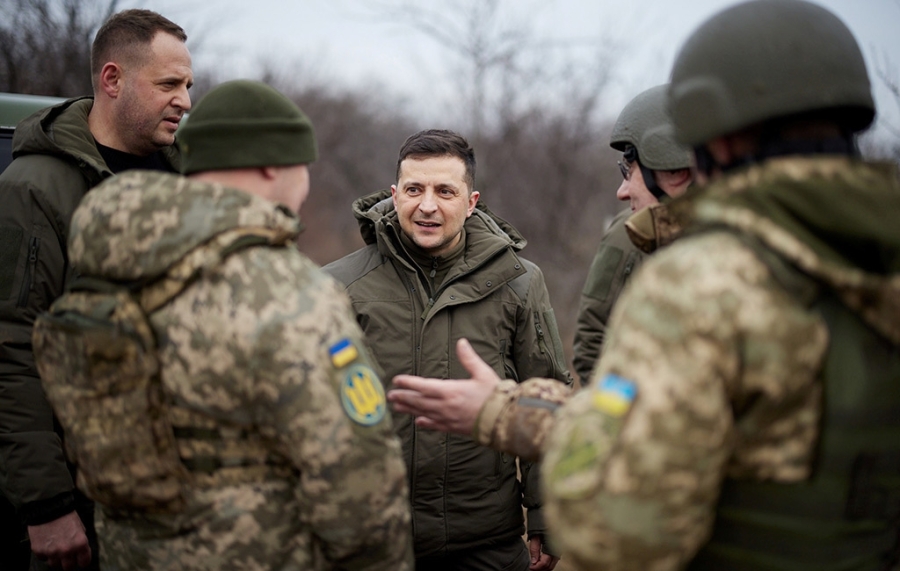 On Ukraine’s Army Day President Volodymyr Zelensky said the country’s armed forces were capable of fighting off any attack from Russia.

Ukraine has accused Russia of massing tens of thousands of troops near its border in preparation for a possible large scale military offensive, raising the prospect of open war between the two neighbours.

Zelensky will travel east to Kharkiv, a traditional centre for Ukrainian weapons manufacturing, to mark a delivery of tanks, armoured personal carriers and armoured vehicles made in the city’s factories.

He will also visit the Donetsk region, where Ukraine’s army has fought Russian-backed forces in a simmering conflict that Kyiv says has killed 14,000 people since 2014.

Several cities across Ukraine are marking the 30th anniversary of the creation of an independent military after winning independence from the Soviet Union in 1991.

Kyiv, Lviv and the southern port city of Odessa will display U.S.-made Humvees. In Odessa, there will also be a ceremony to hand over two recently delivered U.S. Coast Guard patrol boats intended to bolster Ukraine’s navy.